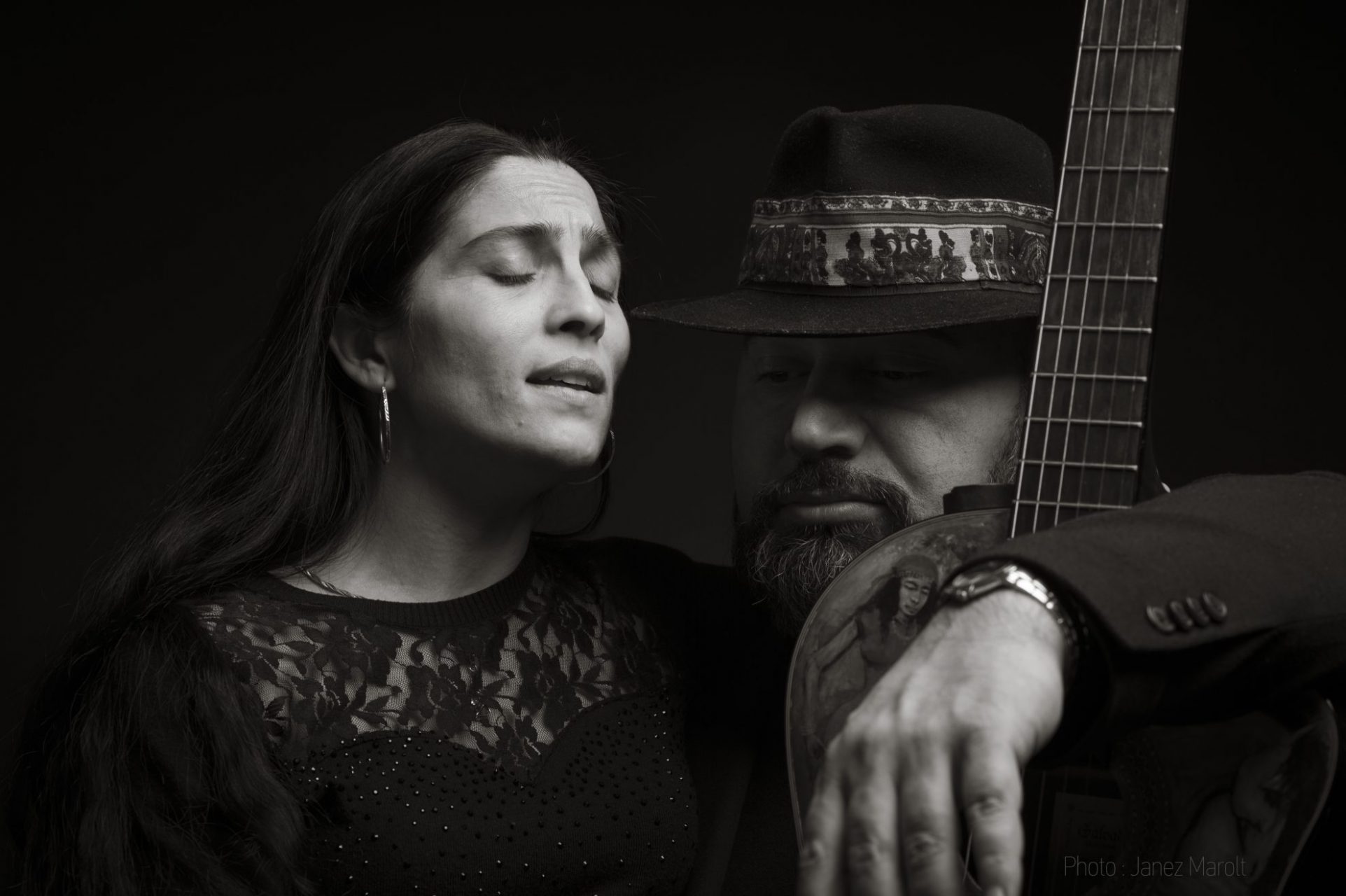 Mónika Lakatos was born in Budapest to an Olah Gypsy family. She was taught to sing by her father and aunties in her community. In 1996 she was the first ever Romani singer to win the most popular national Hungarian talent show – to which she was enrolled in without her knowledge.

As an exceptional talent of authentic Oláh Romani folk, Mónika Lakatos holds an elemental singing voice and performs with deep, intense emotion. Together with her husband and musical partner, Mihály “Mazsi” Rostás, she founded her first band, Romengo, which was followed by her solo project, Romanimo. They have toured all around Europe, South-America and Asia, and their music has been listed several times on the World Music Charts Europe’s top 10 list.

In 2018 she founded Mónika Lakatos and the Gypsy Voices in an effort to represent and preserve Olah Romani culture in its purest traditional form, focusing on the the fast pace and pulsating energy of the musical heritage. An elemental rhythm and the chilling harmony of center-stage vocals make Gypsy Voices the most captivating modern Oláh Romani formation.

This band is a more fluid formation, so the audience might meet different “gypsy voices” at each live show, making every concert a one time experience. This time, the band will perform in an international collaboration, featuring some Babel guest musicians as well.

Mónika was awarded the Anna Lindh-Prize at the 2007 Babel Med Festival. She also received the Parallel Culture Award at Mediawave Festival 2013, and was honored with the For Minorities award of the Hungarian government. In 2020 Mónika became the first ever Romani recipient of the WOMEX Artist Award, the most prestigious award in world music.

The concert is supported by the Béla Halmos Programme of the Hungarian Cultural Fund.