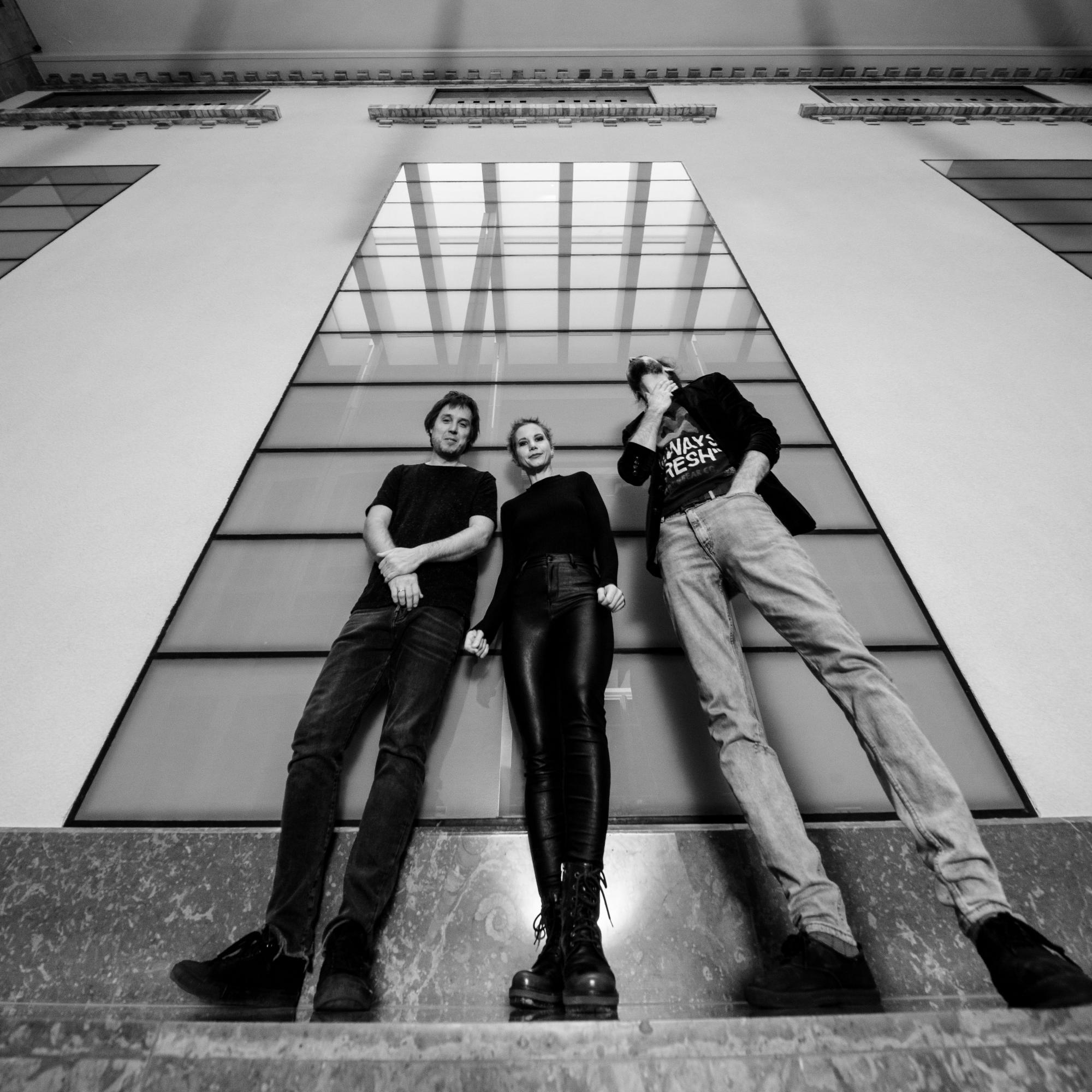 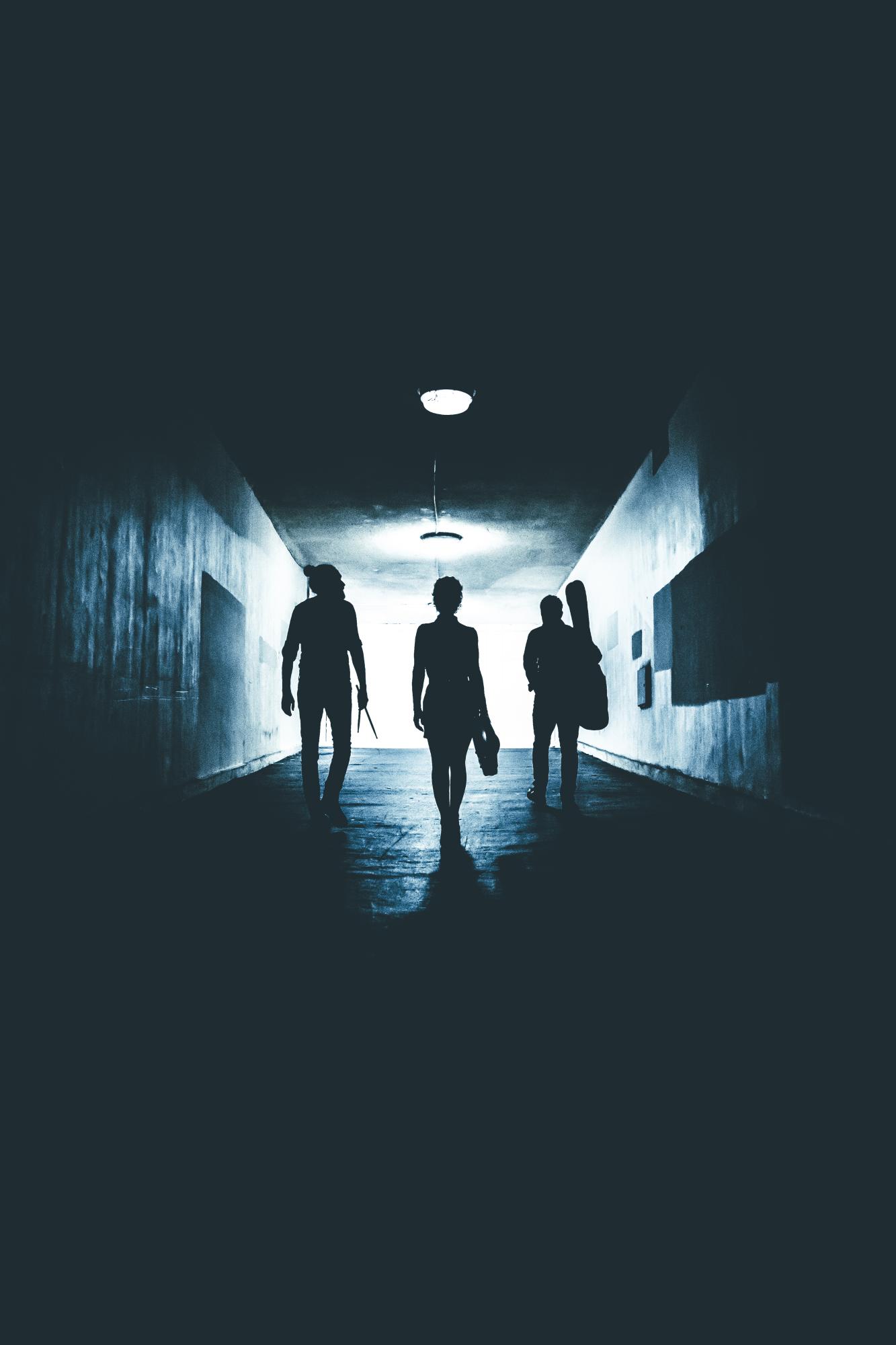 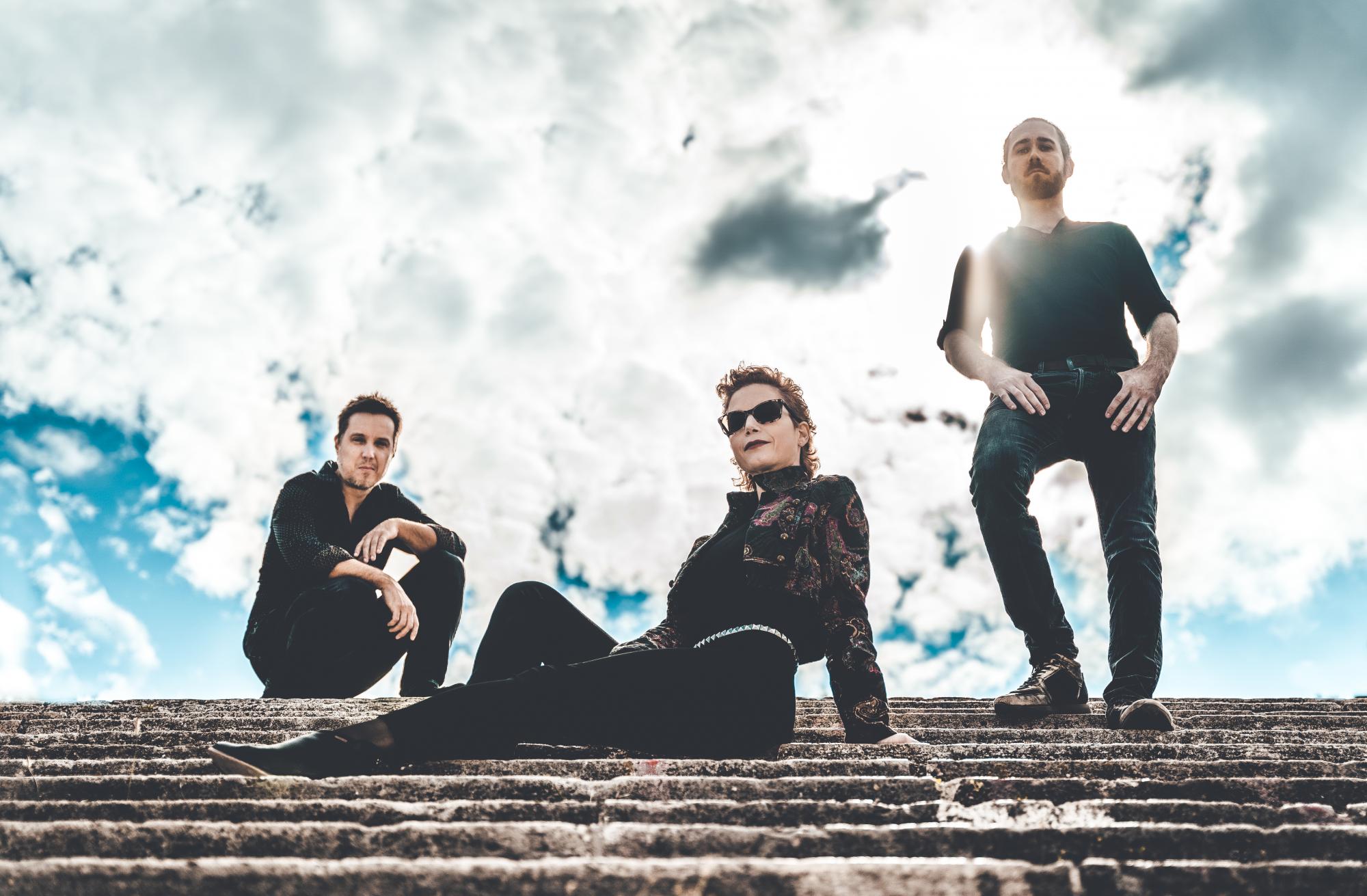 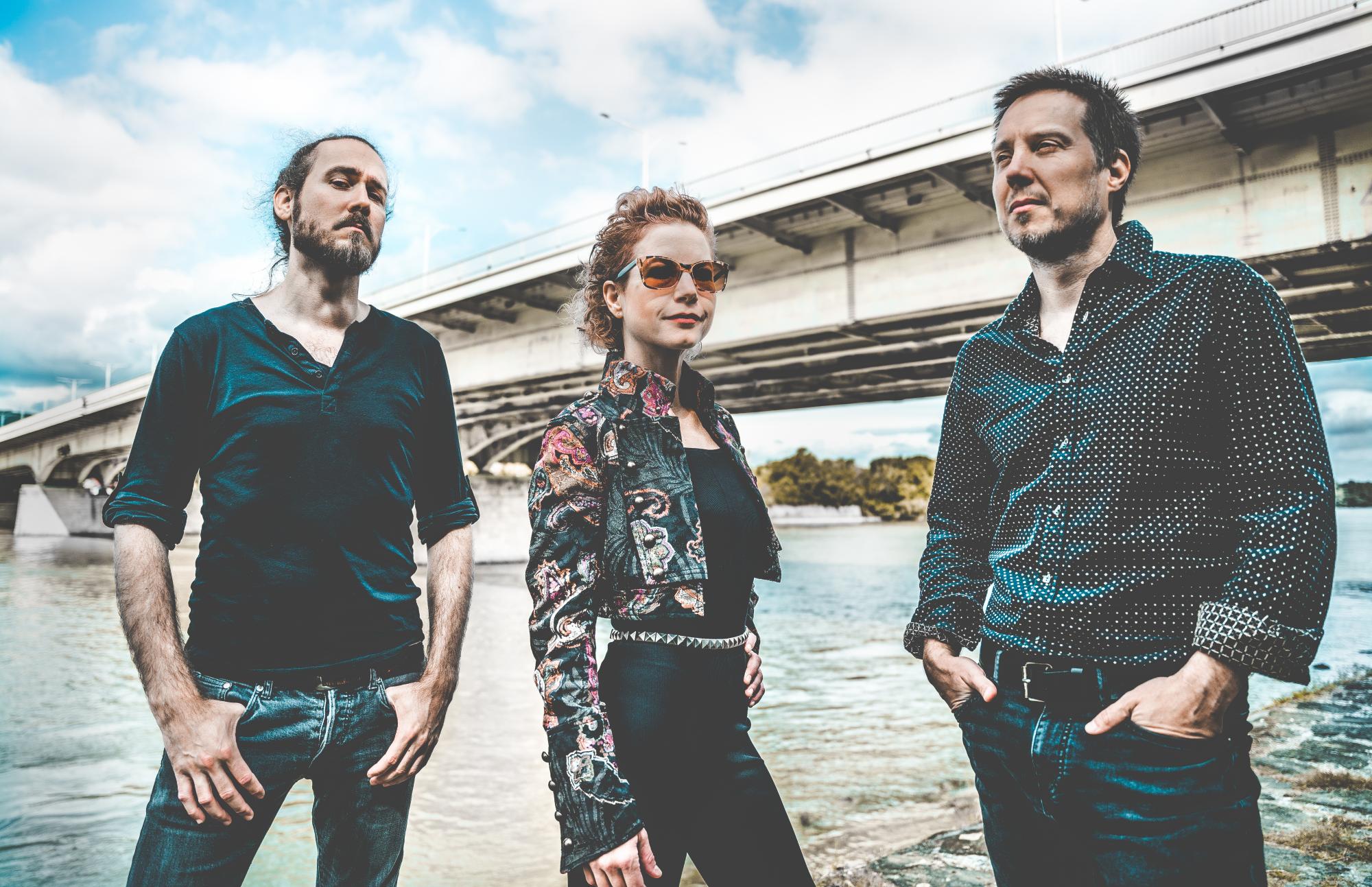 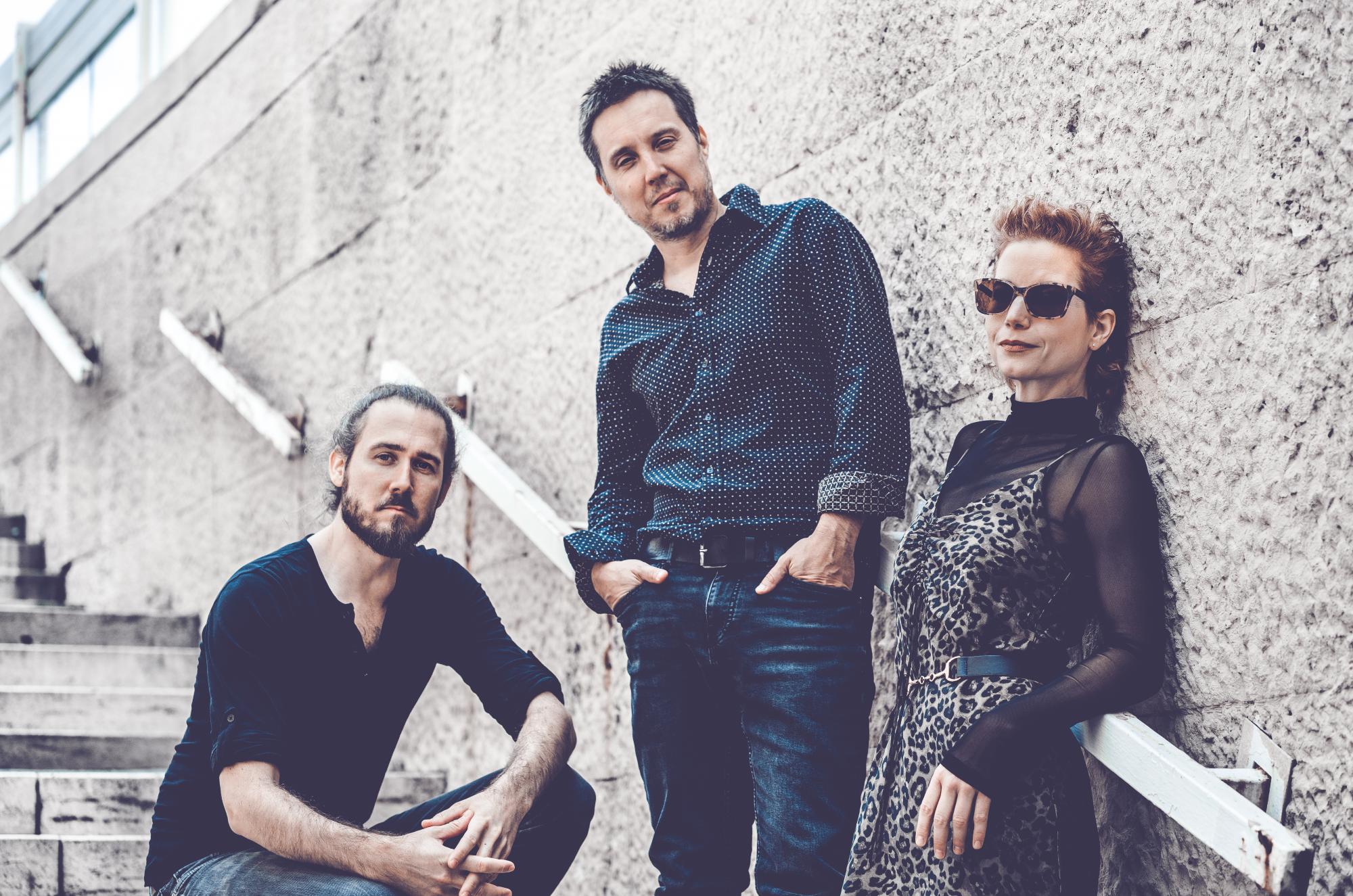 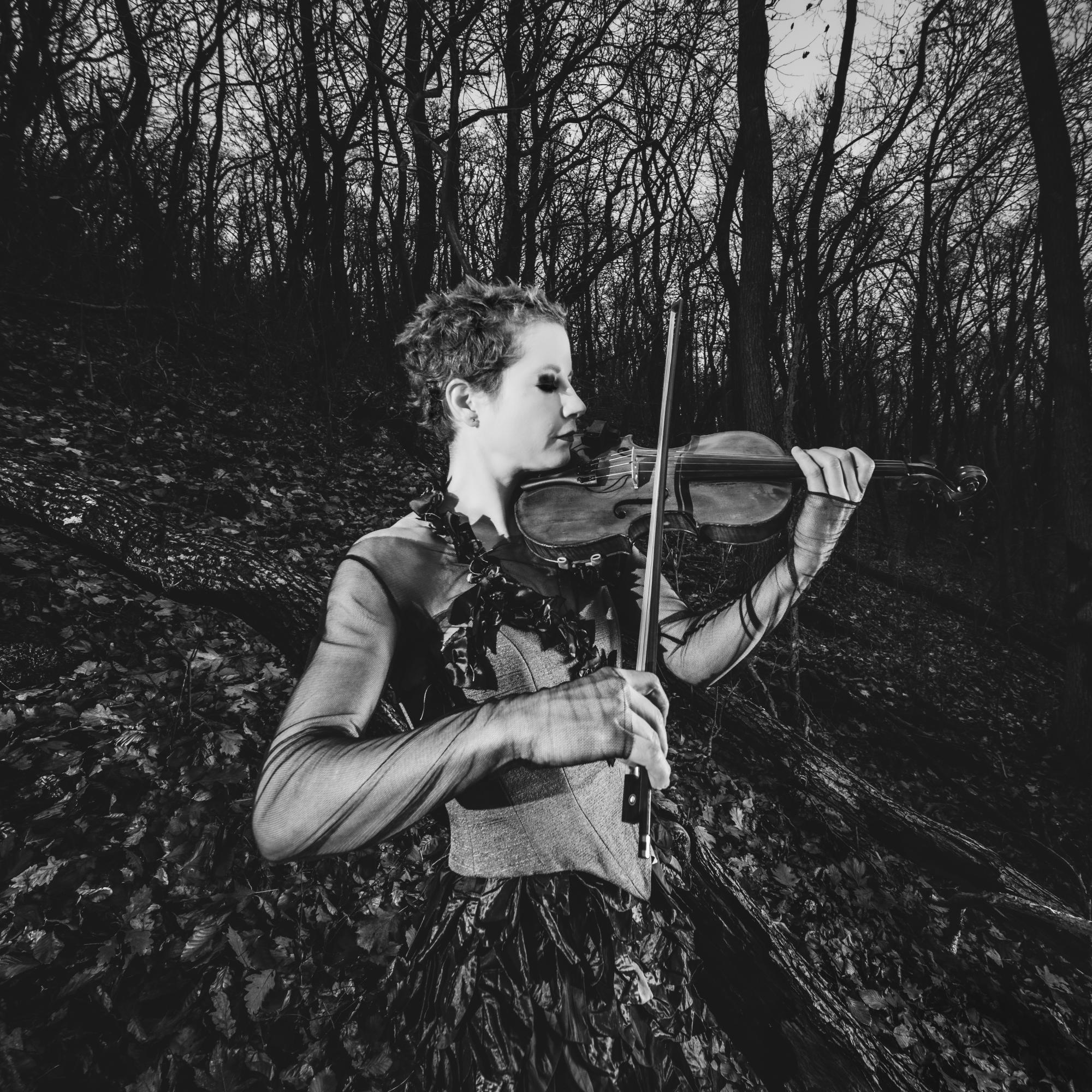 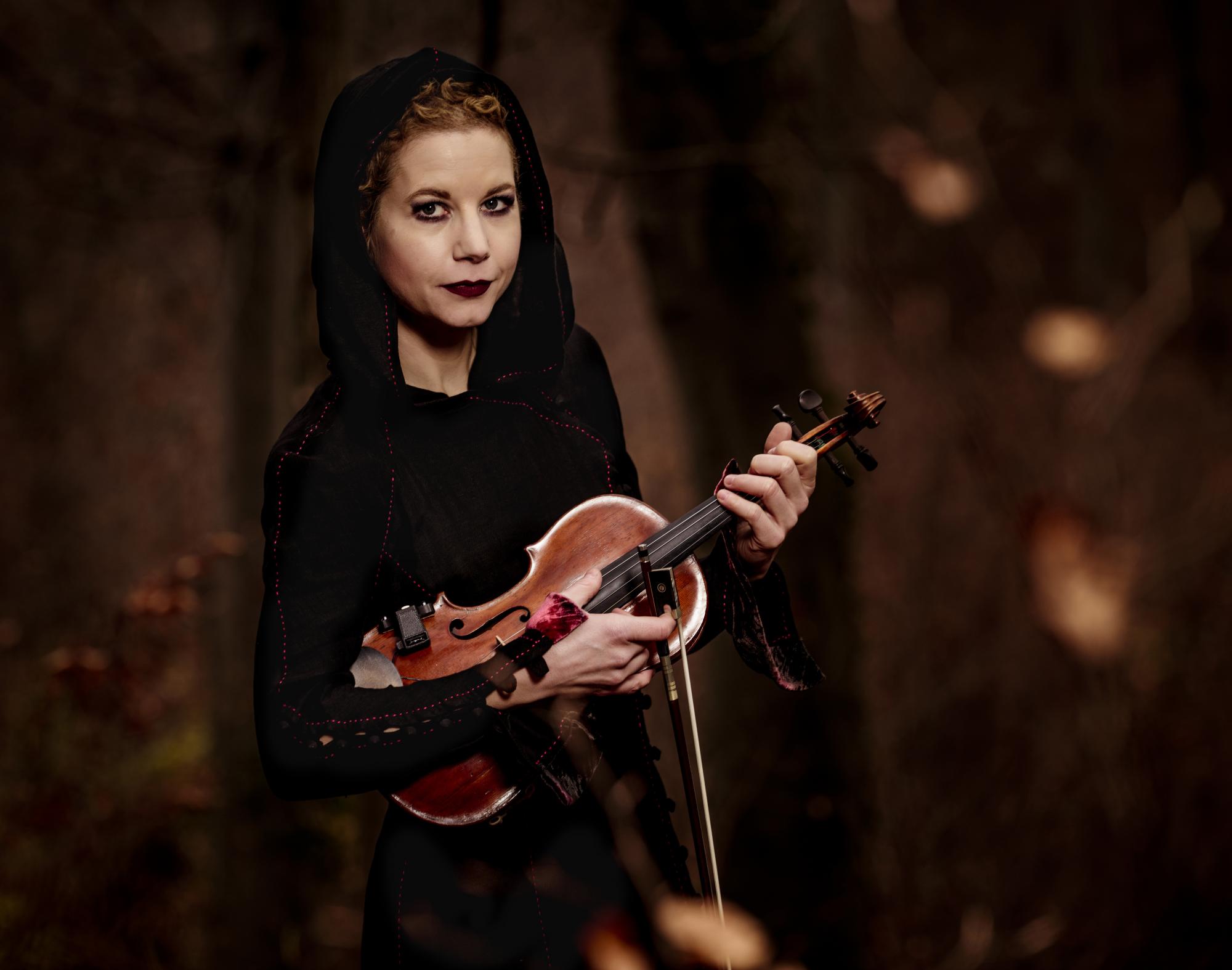 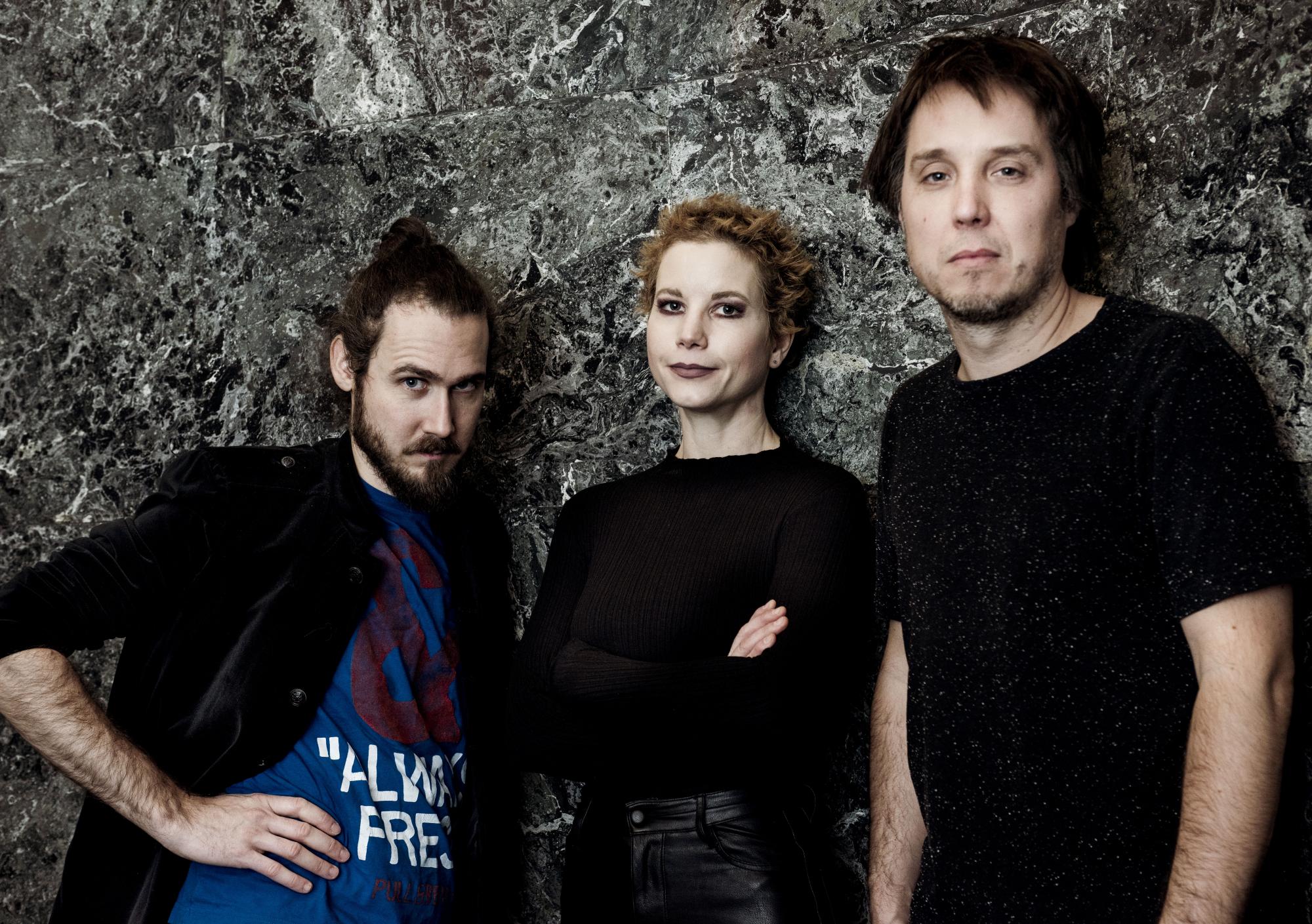 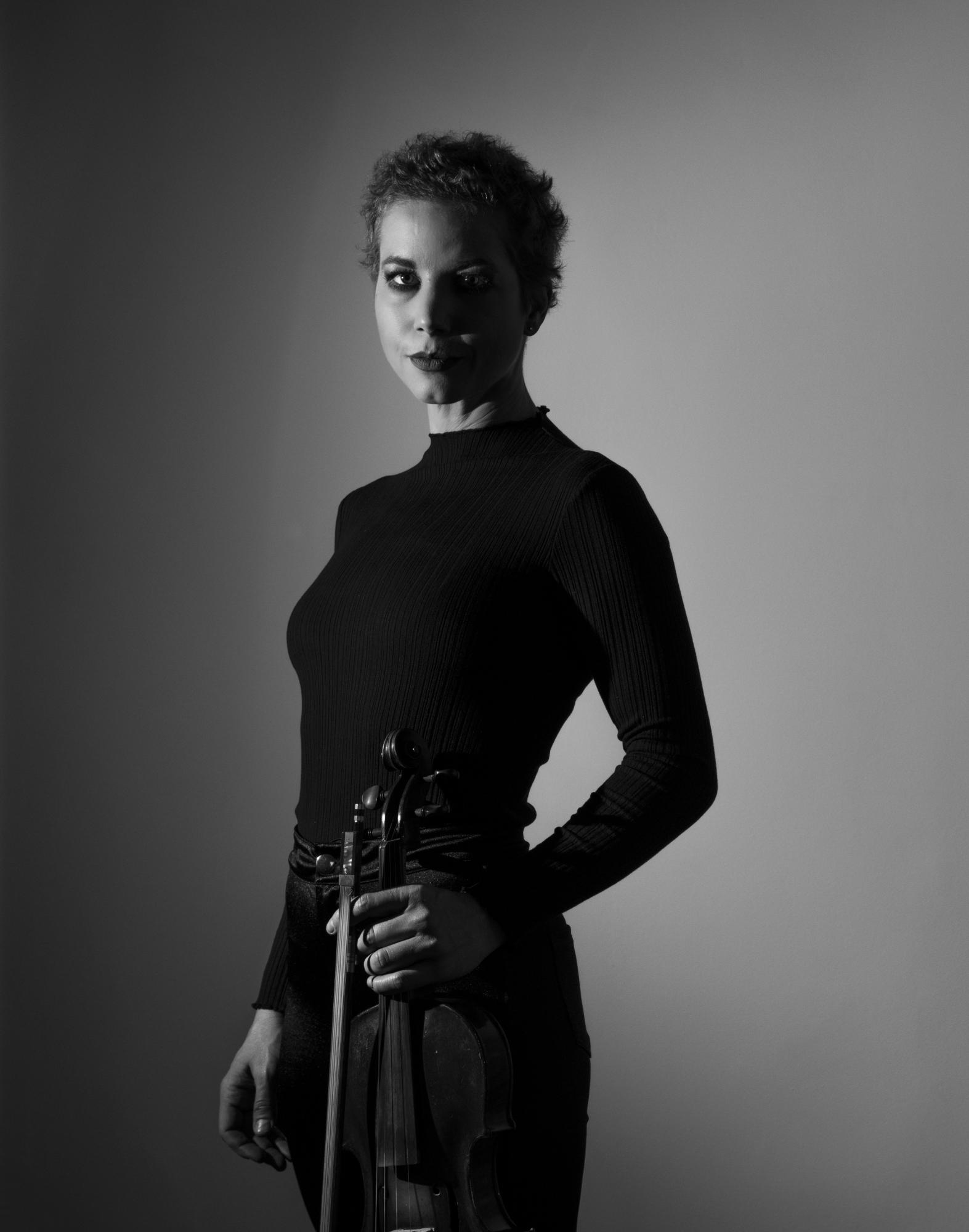 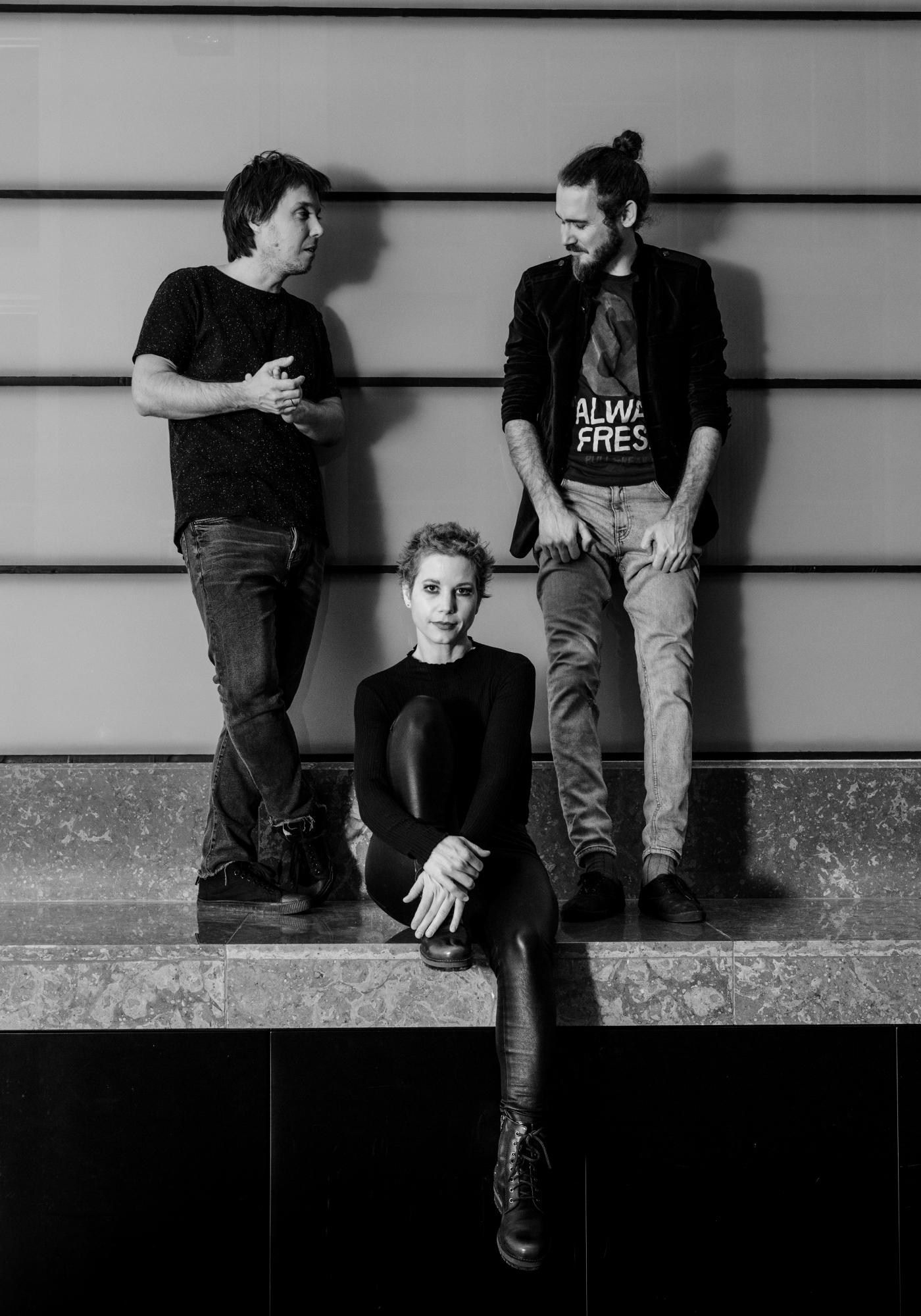 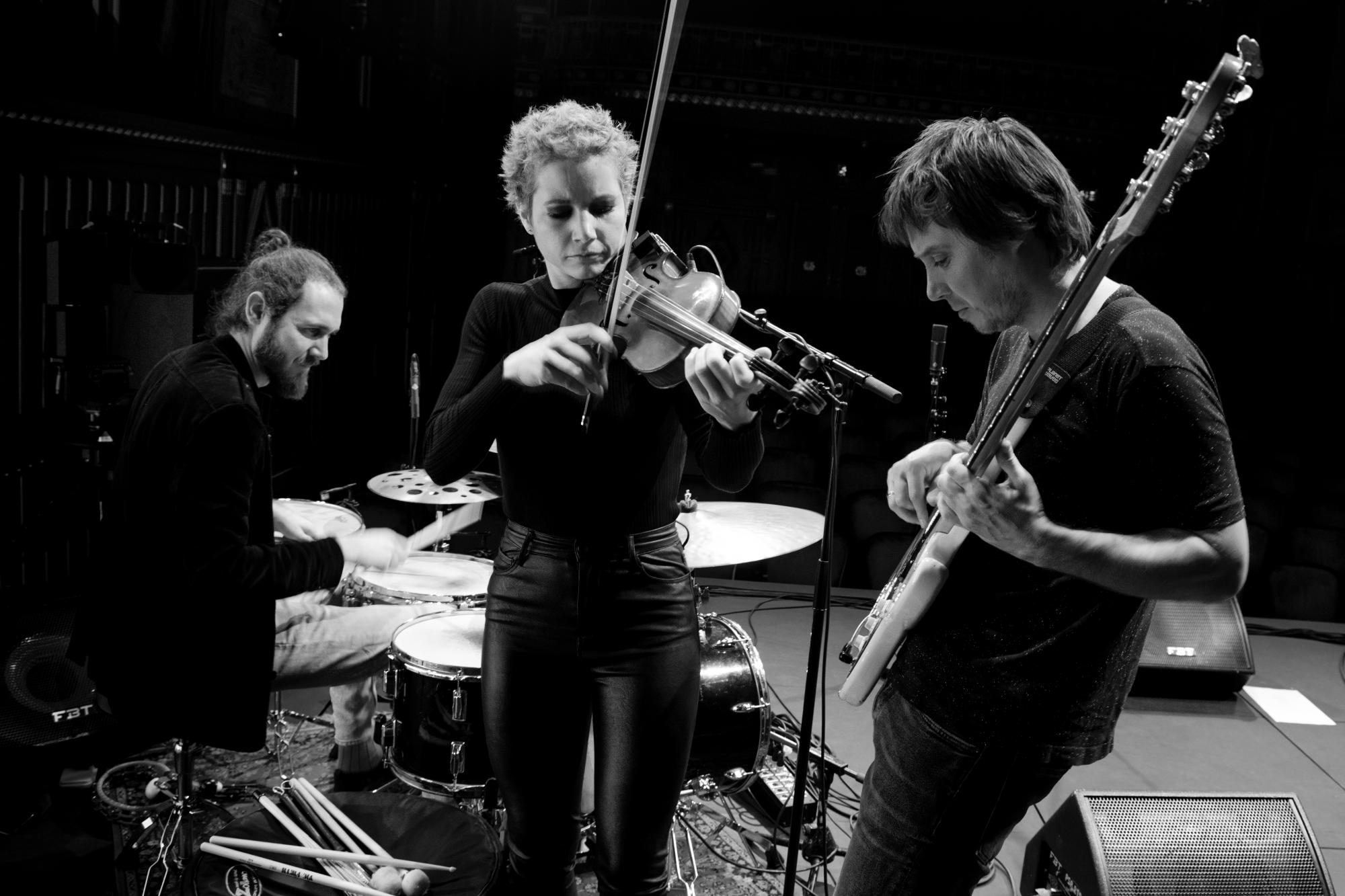 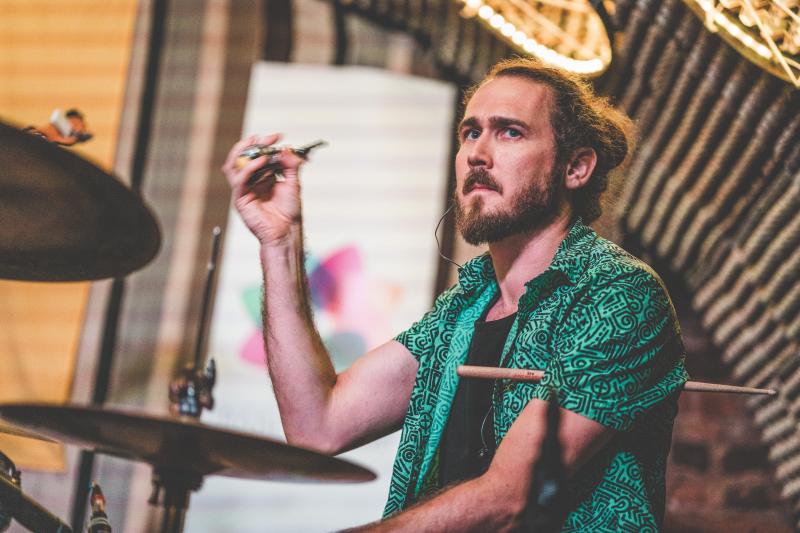 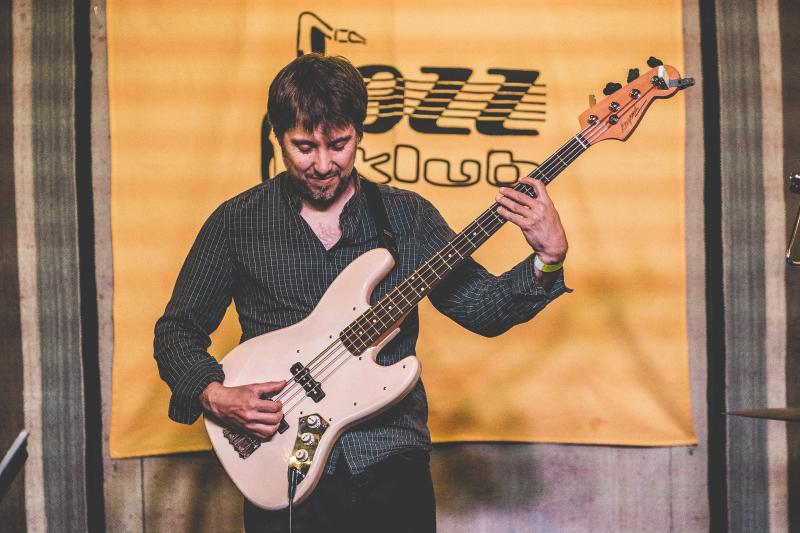 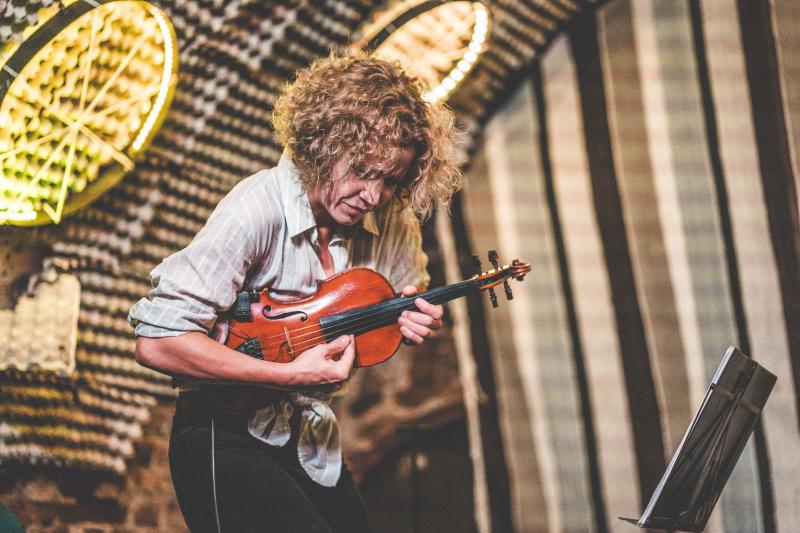 Santa Diver was formed by jazz violinist Luca Kézdy and multiinstrumentalist/composer David Szesztay (on bass) in 2006. The third member of the trio, David Szegő joined in 2015 on drums. The three instruments and personalities maintain a unique and original musical dimension, which is situated somewhere in the crossing of jazz, world and free music. Their sound is determined by the unconventional instrumentation (violin-el.bass-drums), the unique and narrative playing of Luca Kézdy, the colourful and melodic bass lines and the energetic drumming full of tiny, exciting happenings.

Santa Diver has been performing since 2006, since then they've given numerous concerts in places and festivals like the Chelsea Music Festival (NYC), European Jazz Conference (Budapest), Voll Damm Festival Jazz Vic (ES), Gaume Jazz Festival (BE), Südtirol Jazzfestival (IT) and other jazz festivals in Spain, Austria, Slovenia and Slovakia.

They released their debut album, Sending Ovation in 2009, followed by Santa Diver in 2013 and Deep Diving in 2017. Their fourth album Blue Horizon came out in 2021 by NarRator Records.

They love playing with guest musicians. In 2017 Santa Diver had the opportunity to play with Italian saxophonist Stefano Di Battista, and Luca had the chance to have a duo concert with Chris Potter in New York.

Luca KÉZDY was born in Győr, northwest Hungary, where she started her classical violin studies at the age of six. Later she studied aesthetics and philosophy at the ELTE University’s Liberal Arts Department. She placed in the ﬁnals in the ﬁrst national Jazz Violin Competition held by the Hungarian Radio in 2006, where she won the Audience Prize. She has been playing with her band Santa Diver since 2006, and has played at the most respected festivals and jazz clubs in Hungary, at many venues around Europe, as well as at the Chelsea Music Festival in New York. She feels ‘at home’ in various genres like jazz, free improvisation, pop and fusion. She works with several bands and musicians and gives solo and duo concerts as well. In 2016 she had a duo performance with Chris Potter in New York.

She is best known for her unique and inventive, and anything but traditional playing style. Luca is an extraordinary talent with an incredibly special musical approach. One of the most frequently employed violin players in Hungary. As a classically trained musician she combines her technical facilities with inﬂuences from jazz, European folk, blues, odd-metered Balkan music, and perfectly combines the sound of the acoustic violin with added modern music effects with a multi-effect pedal. In 2016, 2017 and 2018 one of Hungary’s most respected jazz magazines chose Luca as “The Violinist of The Year”. In 2019 she won the Performer's Prize by Artisjus (Hungarian PRO).

Dávid SZESZTAY (el.bass) is a multiinstrumentalist-composer and songwriter from Budapest. He composes and records music for theatre and film/tv productions and plays in the well-known Hungarian indie rock band Kiscsillag on guitar, keyboards and vocal. He is one of the founder members of Santa Diver, creating the musical direction with Luca Kézdy. In 2018 he released his first solo album, all recorded by himself.

Dávid SZEGŐ is one of the most radical members of the young generation of contemporary Hungarian jazz drummers. He finished his studies at the Béla Bartók Secondary School of Music and at the Franz Liszt Academy of Music, at the department of jazzdrums. Besides Santa Diver Trio, he plays in many groups of Béla Ágoston (Frió, Kártett, Küntett, Ágoston–Szegő Duo), in MonKeys Trio, in the bands of Tamás Kettős, in Bélaműhely, Tanutuva and in contemporary theater productions with the Góbi Company and Andax. As the musician of Andax Theater the Ágoston–Szegő Duo received Best Music award at the Atelier Festival in 2012. He has been showing himself more and more as a composer as well.